In that miracle masquerading as the NFC Championship game last Sunday, the Seattle Seahawks taught entrepreneurs and all of us in the startup world five of the most important lessons about starting and building successful companies. 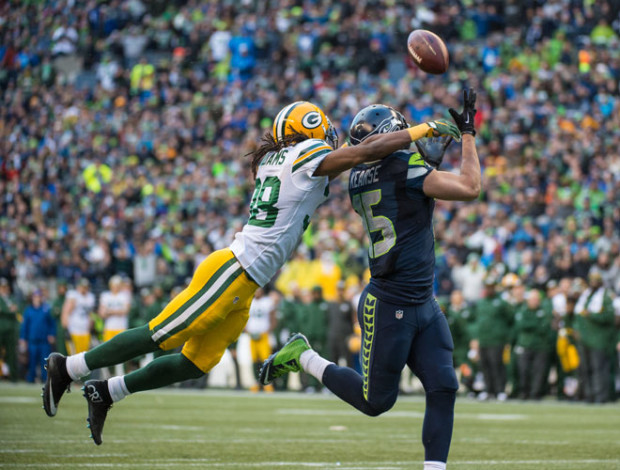 1. Nothing ever goes as planned.

For the first three-and-a-half quarters, nothing worked for the Seahawks. Quarterback Russell Wilson had thrown four interceptions and couldn’t run the ball. Penalties killed every promising drive. The Seahawks were down 16-0 at half and 19-7 late in the fourth quarter, and it wasn’t that close.

Every startup leader knows the feeling. Your product breaks in unexpected ways at unexpected times. You lose customers for reasons outside your control. Your well-thought-out business plan reads like fiction.

Even though nothing seems to be going your way, you’re still there, responsible for plunging ahead and convincing yourself and others there is light at the end of the tunnel. You embrace the uncertainty and stay positive, realizing (inexplicably) that part of the allure of starting a business is that every day brings unexpected challenges.

2. Believe in yourself, even if no one else does.

Trailing 19-7 with five minutes to play, the Seahawks were 30-1 underdogs to come back and win the game. Vegas didn’t believe. Not many did. “Y’all didn’t want to believe in us,” wide receiver Doug Baldwin told reporters after the game. “It’s okay. We don’t need you to believe. We’re going to believe in ourselves.”

Most successful entrepreneurs see something in a market few others see. If the ideas were obvious, larger companies would have already executed on them. Uber is a great example. Weren’t taxis good enough? The best startups are full of contrarians and Don Quixotes.

Great entrepreneurs listen very closely to their customers, but not to the naysayers. They believe in their vision even when most others don’t.

3. You play injured and in sub-optimal conditions.

Safety Earl Thomas dislocated his shoulder in the first half.  Cornerback Richard Sherman strained his elbow in the second.  Both men played through the injuries.

Startups have very limited resources. A founder builds the product, sells the product and cleans the floors. Startups can’t afford fancy marketing materials or expensive marketing people. Entrepreneurs kill themselves on behalf of their product and team.

“They kept telling me it could get worse, but you know, it is what it is,” Sherman said after the game. “You play for your teammates.”

In Sunday’s fourth quarter, when they went onto the field with one collective arm, Sherman and Thomas taught a master class in hard-nosed entrepreneurial leadership.

Many of the pundits blame the Packers for botching the recovery of the onside kick. But the Packers didn’t just lose the game; the Seahawks won it.

After recovering the onside kick, the Seahawks needed to score a touchdown with just two minutes and a few ticks on the clock. Wilson engineered a perfect drive, capped off by Marshawn Lynch’s 24-yard touchdown run and a two-point conversion reminiscent of a World B. Free floater.

Every startup needs a little help from technological or societal winds. Good timing is a key, exogenous factor — tackling an opportunity too early or too late usually spells disaster. But even a healthy dose of good fortune cannot substitute for execution. Startups face internal challenges and typically a host of competitors. Even if you’re lucky, you still have to out-execute everyone else.

The Seahawks were 3-3 and 6-4 this season. With five minutes left to play on Sunday, oddsmakers gave them a 3 percent chance to make it to the Super Bowl.  Luckily, the oddsmakers were not on the field.

Great entrepreneurs know about 3 percent odds. They take risks others avoid, believing their uncommon tenacity and insights will lead them to the end of the rainbow. They fight and claw their way to success, even when that end point seems elusive.

The Seahawks gave us all a treat and some important lessons about entrepreneurship on Sunday. That being said, now that we’ve learned these lessons, how about a blowout on February 1?

This post was also published in Geekwire at http://www.geekwire.com/2015/5-lessons-entrepreneurship-seattle-seahawks-style/.