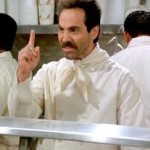 I spend far too much time trying to convince people to say “yes,” especially people who are looking for reasons to say “no.” I think of myself as a pretty good salesperson, but I don’t think I have ever convinced someone to change his or her mind once it was made up.

Let me give some examples just from the past two weeks.

We made an offer to an amazing candidate to join a portfolio company. He laid out a series of issues that we needed to address before he would say “yes.” We attended to each issue and improved our offer significantly. He agreed that we had knocked down each one of his objections and that he was very happy with the revised offer. But he just couldn’t get there for reasons he couldn’t or wasn’t willing to explain. We should have recognized earlier he was never going to get there.

I also recently upgraded to the new Comcast X1 service. Now the TV in our bedroom won’t play back recordings. A Comcast technician came to our house and said he knows how to fix the problem by replacing the new box with a different type of box (at no extra cost to Comcast). But he can’t do it. Comcast won’t let technicians make that device change in our particular region — it boxes its employees into saying “no.”

One of my companies had a third meeting with a venture capitalist. The investor asked for a new set of numbers and another detailed financial analysis to prove that the market size was sufficiently large. It was the same market size question that the investor had expressed issues with during the first and second meetings. The investor ultimately passed, citing market size as the issue. We were never going to convince him. He was looking for reasons to say “no.”

Why do we spend so much time trying to get people off of “no” when there are so many people looking for reasons to say “yes”?

I went on a sales call last week to present a new software product that is yet to be built. Five minutes into the presentation, the decision maker on the other side of the table stopped us and said he wanted to try to make a sale happen. We were excited but pushed back to set expectations, explaining that we didn’t have a shippable product yet. That didn’t matter. He had already bought in. He asked us how quickly we could install something to test. He was looking for reasons to say “yes.”

After failing to hire that first candidate, we started recruiting another equally accomplished individual. After several interviews and reference checking, we presented an offer. The negotiation was short. We made some slight modifications, and he accepted the terms, both of us trusting each other’s good intentions. We both were looking for reasons to say “yes.” He started today.

Don’t waste your time with people looking for reasons to say “no.” You can feel it viscerally in a negotiation. No matter how hard you try or how many concessions you make, you’re unlikely to get there. The good news is, if you refocus your efforts, you will likely find someone else is waiting to say yes.