I spent this morning at the Career Day of my youngest kids’ elementary school (West Mercer) with about 30 third, fourth, and fifth graders.  My session was entitled “Your $100,000,000 Idea.”  My goal was to explain what a venture capitalist does, lay out the criteria we use to make investments (team, product, market, business model and timing), and give each student the opportunity to pitch a new business concept. I told the students that each group would pick a winning idea, and I would publish the winners here.

To my surprise, the ideas the students came up with were incredibly fun and original.  I had three different groups of approximately 10 students.  After each group voted for a winner, we all honed the idea to make it better.  Without further ado, here are the winners, selected by the students themselves. 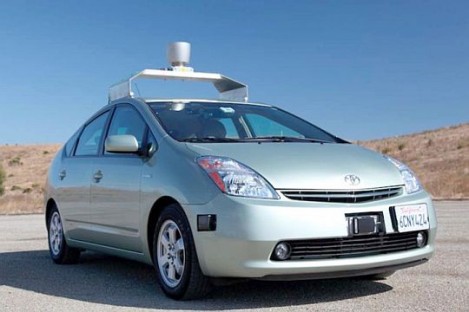 Concept:  A student named Alex pitched the idea of a car that drives itself.  Some of the other students decided that we should add Siri functionality to it, so that the car would respond to voice commands.  Another student wanted to make sure the car was easily customizable, meaning that the owner could replace various components easily if he or she wanted to change the color or add additional functionality.  The students wanted to enable Wi-Fi in each car.

I made the students aware of Google’s efforts in this self-driving arena, but they were confident they could beat Google to market.  I especially liked the name, Ydrive, suggested by a student named Zoe. Her rationale: “It’s like WhyDrive? but without the wh.”  Wow!  Anyone want to hire Zoe to head up marketing?

Concept:  A student named Evan pitched the idea of an underwater hotel.  The initial property would be built in Hawaii because “there is a lot of good fish to look at there.”  The students wanted to make sure that each room had an Xbox and the latest in 3D TV technology.  The hotel would have unbreakable glass (it is an underwater hotel, after all) and the ability for guests to access the hotel from waterproof elevators that open above water.  Note: The students rejected my idea of calling it Hotel Atlantis.

Concept:  A student named Andres pitched the idea of a full-body video game controller. The suit would recognize body movements and enable a more fully immersive gaming experience. SenSuit would include a helmet that would have a 3D display.  The suit also would respond to stimuli in the games. For example, if you were stabbed in swordplay, the suit would vibrate in the affected area.  The students thought it made sense to launch this controller to work with Halo 4 “because it’s a really popular game and the suit would work well with it.”

In this third session, I actually changed the voting procedure so that the students voted secretly versus public voting which I did in the first two sessions.  Like in the adult world, the students’ public votes often depended more on who was pitching than on what was pitched.

Some other ideas that didn’t win, but I loved: clothes that grow with you as you grow (perhaps using smart nanoparticles), a video game controller that responds to brain stimuli versus body movements, a smartphone that folds out into a TV, launching an asteroid with a camera to explore the universe, and a party RV outfitted with the latest in 3D, hi-def TVs to watch big-time sporting events.

In the midst of so much negative press about our education system, today was a great day at an outstanding public elementary school. If you had joined me today, you would feel much more comfortable about the future of entrepreneurship.