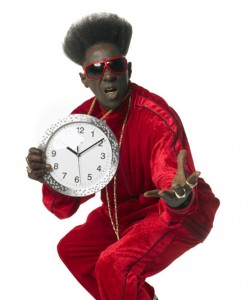 On a long enough timeline, the survival rate for everyone drops to zero.
–Narrator, Fight Club

No matter how compelling your product or service is, no matter how great the terms you are proposing, no matter how appealing you are as a promoter or sales person,  given enough time, your deal will fall apart.

It won’t be your fault. In the last two quarters, I have heard the following from CEOs at various software startups.

So what does this mean for you? In the immortal words of Larry the Cable Guy, “Git-R-Done” (appreciate the sentiment, if not the delivery). Below are seven tips to keep in mind if you are selling anything.

1.    Don’t let the perfect deal be the enemy of the good deal. I have seen deals blown up over three months of escrow. There’s no excuse for that on either side. If you feel good about a deal, close it.

2.      Not every term is a deal breaker. Figure out ahead of time what’s important to you and what’s not. Not everything is important, and some terms might be more important to the other side than they are to you. One tip: Push back on a couple non-deal breaker terms early and be willing to give on them in the next round of back-and-forth.

3.    Understand who is sitting on the other side of the table. Are you negotiating against someone who expects you to negotiate?  Or is the counterparty someone who puts down what he or she believes is a fair deal and won’t budge from there? I have negotiated with someone who fell into the latter camp, thinking he was in the former. I pushed back reasonably (I thought), and he walked. Later on, we discussed it, and he told me that he was the type of person who didn’t like a lot of back-and-forth. His best offer actually was his best offer. In retrospect, I should have spent more time trying to understand who I was negotiating against before determining my strategy.

4.      Deal momentum is everything. Once the deal ball is rolling downhill (you will know when a deal has good momentum—they’re calling you, and you’re calling them), push the deal to conclusion. A CEO I know was in the middle of selling his company.  He had a long-planned two-week vacation and was out of cell range much of that time. When he came back, the deal was off.  He is confident being away during that critical time cost him that deal.

5.       Negotiate the key terms up front. This tip might seem counterintuitive to the time-kills-all-deals point because getting an initial Letter of Intent (LOI) is an important first step to a larger deal. That said, if you wait to negotiate important terms beyond price post-LOI, you will lose leverage, put speed bumps in front of the deal closing, and likely be negotiating with lawyers (many of whom think their job is to make your life difficult) versus business people. Dealing with the important business terms upfront will actually speed up your deal over the long run.

6.      Split the difference. When you are at an impasse and both sides genuinely want to move forward but can’t get past a certain important term, employ three of the best words in the human language: split the difference. This concept does not work for all terms. The negotiator on the other side is entitled to industry-standard terms, as are you (a good lawyer can tell you what those are). But if you are fighting over $0.10 in share price, “split the difference” can help move you along.

7.      Hire a good lawyer. Good lawyers are not cheap, but during a deal process good ones pay for themselves. Good ones tell you what to focus on (and what not to), push back if you are being unreasonable, nudge you if they feel you have some room to negotiate, and don’t waste time negotiating over needless points that end up stalling a deal.

If you catch yourself lollygagging or fretting over an insignificant issue, don’t sleep on it. Time kills all deals.