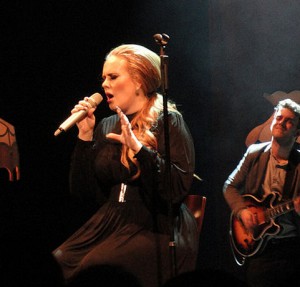 I broke it off with the “other woman” last week.  After well more than a decade, our love affair couldn’t withstand newer and better models.  Yes, I’m talking about my BlackBerry.

I must admit I miss her at times.  I miss that keyboard that I had grown so accustomed to over many years.  I miss the little red blinking light that told me I had emails waiting for me.  I miss her longer battery life, the one-click phone calls, and the easy calendar functionality that let me input new events without forcing me into a time-consuming pop-up interface.  I miss the speed of composing a quick email in the elevator.  I even miss Word Mole, that wonderfully simple word game that came loaded with the device.

But as much as I miss her, it was time.  She had let her herself go, to the extreme.  I had been two-timing with an iPhone for a couple years and found myself spending more and more time with a device that did so many things so much better.  When iPhone 5 came out, I cried “uncle.”

I have been thinking about the lessons of BlackBerry’s demise.  If there ever was a fanboy for those devices early on, it was I.  My wife was the one who came up with the “other woman” analogy, and I know there were times when she thought seriously about ending my love affair early on.  Research in Motion (RIM) should have never lost me as a customer, but it did.  Here are five reasons why.

1. The consumer wins.  It turns out people care more about music and cool apps than email security.  Faced with a classic 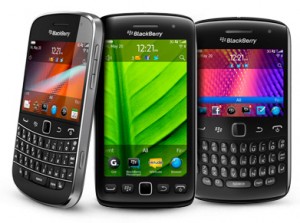 Innovator’s Dilemma, the leadership of RIM never understood the power of the consumer-friendly iPod and iPhone devices until it was too late.  RIM was busy satisfying the IT organization, its customer; Steve Jobs went straight to the consumer.  Consumers ultimately decided they were going to use these i-devices, with or without IT’s blessing.  We are seeing the consumerization of IT more broadly, and RIM won’t be the last enterprise technology company blindsided by products and services originally intended for a consumer audience.

2. The basic product has to work.  BlackBerry users know what I’m talking about.  The product has gotten worse.  My ringer and speaker phone stopped working.  The operating system was crashing more and more, sometimes right in the middle of a call.  Those kinds of mistakes make it easier to change to a competitor.

3.  Leverage your strengths. I loved that keyboard.  I still do.  I know a keyboard isn’t as cool as a touchscreen, but for an email junkie it’s better.  Instead of leveraging the strength of the keyboard functionality in new, creative ways for business users, BlackBerry made admirable, but sub-optimal attempts to compete on the opponent’s home field.  The end result is a product that has touchscreen functionality slapped on it, but without the touchscreen experience and ecosystem that you get with iPhone, Android or even the Windows Phone.

4. Make it easy for developers to love you.  The brilliance of Apple is not just its great devices, but the app ecosystem it has built around those devices.  Many thousands of developers are working every day to make the iPhone and iPad experience better.  RIM tried to develop an app ecosystem, but developers found it difficult to build on the platform and RIM’s overall execution in this area has been poor at best.  Competing against Apple and Android mano-a-mano is tough enough without their extended family joining the fight. 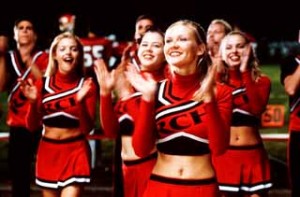 5. Brand matters.  I can’t tell you how many times someone in the tech community has given me a dirty look after hanging up a call with my BlackBerry: “You still have one of those.”  I would immediately reach into my pocket and pull out my iPhone to try to maintain a shred of credibility.  For those of you more secure in your technology coolness, perhaps the BlackBerry could suffice as a significant other.  But, like many of you, I’m still that kid trying unsuccessfully to figure out how to sit at the cheerleader table at lunch.  Carrying around a BlackBerry is now a liability in our technology community.  That kind of brand impression is hard to change.